It's been awhile since I've written here, so here's what's been going on...after reading Bryon Powell's IRUNFAR blog post this morning on road running, it inspired me to write this post. 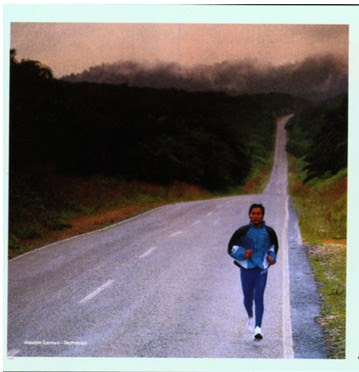 First and foremost, I said all year I would do something about my knee ache, which is really the Patella Tendinitis I have had since my fast road days with the Cambridge Sports Union back in the 80's and early 90's. I trained and raced my way to this debilitating injury that got much better when I walked away from the roads in 1997 and started to run trails, which I had strictly done from then until about 2 years ago. My last road race back then was the 1997 Stu's 30K, which I ran in around 2 hours. One month later I ran the first DRB 50K instead of the Boston Marathon and tied for first place...I was hooked on trails.

After deciding to enter a 5k race on a whim when I was living in New Mexico, after having not run a road race in 10 years, I entered the world of injury again. The faster pounding on the roads started the ache all over again that had all but left me since I left the roads...but I felt alive again! Running fast on the roads amongst others was a thrill that I missed and when Deb and I moved back to NH, I decided to work on getting back to "some" road racing. That first Fall back I entered the Applefest Half Marathon after running several local 5k's. I ran 1:42, which wasn't too bad considering my age of 56...but my best was 1:16 back in 1981 and I wanted to try to get as close to that time as I could (what I didn't realize was that I got old and slow)....but what happened instead was the old PT coming back. I entered the Manchester Marathon not long after the half and ran a very frustrating 3:45, barely qualifying for Boston. I knew I had slowed down, but that much? My best was 2:49, run back in 1979...I figured I should at least run a 3:30 and that without much effort. Was I wrong! Plus the training for it brought my knee to it's knees.

The knee has been a constant aggravation since then and just wouldn't go away and a lot of that was partly because I refused to surrender like I did before. Then my 58th birthday came....and with it a gift that Deb gave me. The book Born To Run, by Christopher McDougall. 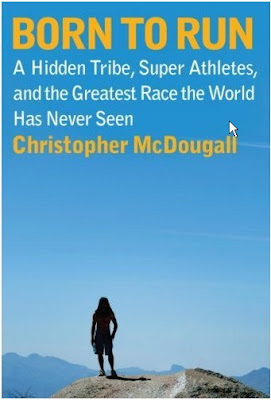 During this past Summer I had decided to try this minimalist thing to see if it could help, so I took my La Sportivas and took out the midsole and ran lower to the ground. This helped "some", but every now and then the knee would throb after running...after reading the book, I decided to run once or twice a week in my racing flats and try to mimic the barefoot style of running. I was a little familiar with this from attempting ChiRunning last year (which didn't help do to my not doing it correctly and not wearing the right shoes).

I got excited about this....and started running with this barefoot/ChiRunning/Pose style of faster cadence, landing under the center of gravity with a midfoot/forefoot landing...and it started to work! I am now up to running near 50 mpw again at a quicker pace than before, almost all on roads and my knee is doing fine! All I do is when I feel a little knee ache, I adjust my running form and it immediately goes away and I then know I'm using the correct form. I am hoping this will lead to faster times all around for 2010...

Deb and I also started adding Chia seeds to our food, which we also read about in the book as being a regular food used by the Raramuri to increase endurance, and we are trying to switch yet again to being vegetarians. With these additions as well as the faster tempo running, my weight is down to my old racing weight of 155 and I'm feeling better than ever.

My next pair of shoes will be the ever skimpy LaSportiva Skylites, the lightest trail racing flat they make and I'm hoping to make these my every day trainers, as I switch back and forth between trails and roads. I will wear these on my road runs as well as the trails. 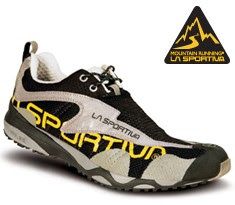 Here is what I want for Christmas...
My house sells so that I can move back to the Jemez in New Mexico and live at altitude so I can run the following...

San Juan Solstice 50 miler, my favorite ultra race on the planet. Think Hardrock without the night.

Leadville 100...I've been wanting to run this for years and never did, if I'm living at altitude, this will be the year. I have a sortof long range goal of running under 25 hours there at age 60 (2012) and would like to use the next 2 years to learn how to best run the course.

The Bear 100...I have unfinished business there ;-) But in actuality, what I found at the Bear was a nice small low key 100 miler, very enjoyable. This may be an annual.

I'll also run a road marathon somewhere....wherever it fits in best, along with many shorter road races to maintain speed.

So those are the big ones...but all depends on where we're living. I can't afford to acclimate for Hardrock AND Leadville if we're still living here in NH.

Another thing....if you haven't seen the movie Food, Inc. I highly recommend it. It's not as bad as some people told me it was regarding the animal slaughter houses. Yes there are things in there you don't want to see, but you SHOULD see these things. It's also not just about the animals, but grains, dairy and everything we consume on a daily basis. Your body will thank you for it. 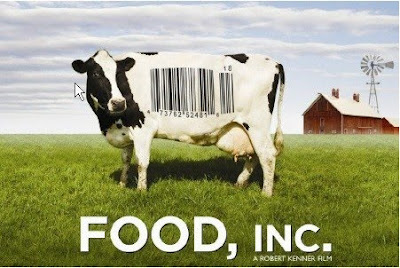 I also would like to thank the Wasatch Speedgoat Mountain Racing team for including Deb and I on the team the past three years. It's a great bunch of people who love doing what we love to do. The team has changed up a bit over the years, but we now have three married ultra couples on the team with the addition of Rob Youngren's wife, Kathy. Scott Mason's done a great job with the team and we are now getting noticed around the country!

Up next is the Fells Trail race (well, after a 5K on Thanksgiving day)...I haven't decided what distance to run, but most likely will be at least 50K and if I'm feeling OK will do one more loop to complete the 40 miler. The Fells is always fun to return to because when I lived in Medford, Ma. just outside of Boston, this is where I trained every weekend. These trails are where I first started trail running!

See some of you there! Deb won't be there, but will be showing some of her art at an art show she is part of in Peterborough, NH.