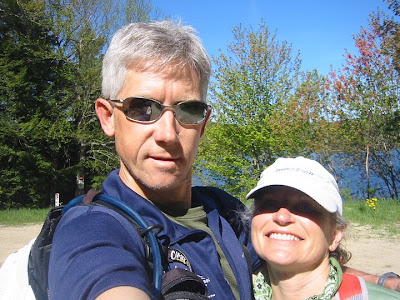 Deb and I last year about to go on a 35 mile run on the Monadnock Sunapee Greenway Trail in Washington, NH.
Back awhile ago when I started writing this blog, it was only because we were asked to be on a running team, the Wasatch Speedgoat Mountain Racing Team. One of the requirements was to maintain a blog for the purpose of discussing our training and racing, but most of all to get the sponsors logos and websites out there to the readers. It was a fun time being on the team....I was on the initial team that was formed early in 2008 and Deb was added in July of that year. We were the first of several married couples on the team.

As time goes on things always change and recently the team was suspended until further notice, due to many things that I won't get into. I always felt privileged to be on the team and we did get some minor perks from the sponsors...not so much free, but healthy discounts.

Let's face it...Deb and I are mid to back of the pack and other than age group, we'd not win a thing. I'm going to be 60 in several weeks and Deb's 57, we're not anywhere near the front. I also always felt like I didn't belong on any sponsored team because of that, we had Olga who was winning races and several other standouts, while Deb and I were just and happily in the mid to back of most races.

So without going on and on, I just wanted to say that one thing I've always said was that when I was no longer on the team, this blog would die. I have not been told that we are not on the team, but it's in hibernation, a new roster will be announced next year and I might want to move on. I don't have time to write it and also feel that blogging is sort of bragging about what you have done and I by no means fit that description. So that ends it... 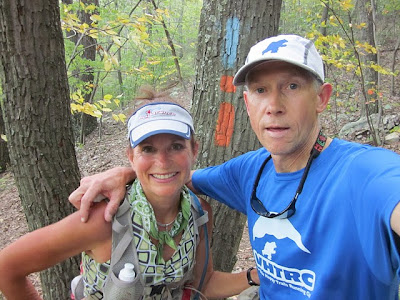 Deb and I at the 2010 VHTRC Ring with the colors on
Several other bits of news is that the Bear is this weekend and no, there won't be a race report here. Deb is not running and had to withdraw from Wasatch due to some issues related to her truck accident back in December, but she'll be back. I will go back to what I did pre blog and just tell my buds how it went by email. At the Bear I will be wearing the blue train colors of my club, the VHTRC...which is what I did pre Goats ;-) 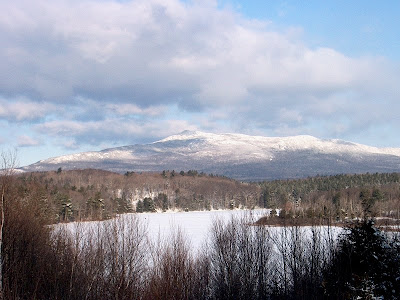 Mount Monadnock, Jaffrey, NH.
Where Deb and I were married in 2001, 10 years ago this October,
fittingly shown in Winter, which it is for most of the year there
On another note, Deb and I discussed moving back to New Hampshire someday and initially I didn't want to think of it, but the more I do, the more I feel that is home. Deb really misses the area, her artist friends and the grand daughters and I wouldn't be unhappy to move back. It won't happen for a few years and may not, but the discussion has begun.

So that's it...life goes on and after this weekend I'll know whether I'm ever running another 100 mile race again, this is what I'm hoping to see before 30 hours has elapsed ;-) 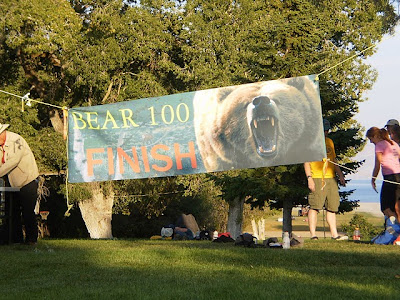