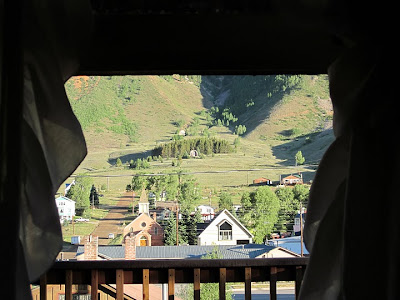 One of my favorite photos of the 2 weeks in Silverton.
Looking out our bedroom window in the Avon Hotel
with the Christ of the Mines statue front and center
Well  I generally don't write on these pages unless I have run a race and many of you know the story of what happened at the Hardrock 100, I gave up my spot to Deb with minutes to go before the start. 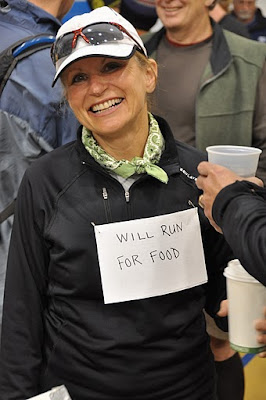 Deb didn't know yet what I had planned

It was a no brainer....I already had 2 finishes in this direction, Deb was talking like she doesn't have many Hardrock chances left in her body and she was #1 on the wait list. At around 5:30AM (race start is 6), I went over and told Rebecca Clark, who was at the registration table, that if no one withdrew by 5:45, the close of check in, that I am officially withdrawing to let Deb run. We told Blake Wood, who was getting ready to run himself and was acting race director and at just before 5:45 he said "Go get her". 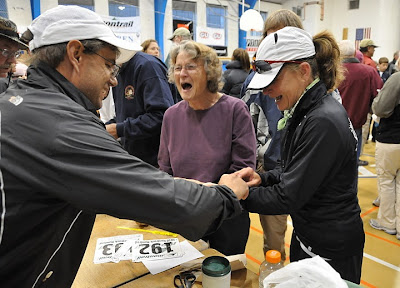 Deb gets her official wristband
Rebecca looking on very emotionally
It was very emotional in the Silverton Gym, tears all around. Deb at first refused to take my spot, but I told her that I had officially withdrawn to let her in and if she didn't run, the spot would go to the next person on the wait list. So She reluctantly took the spot. 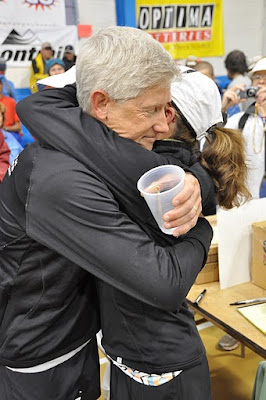 It all worked out so perfectly!
Next up was Deb having a great run, but not taking in enough electrolytes, she ended up Hyponatremic and had to stop at Sherman after spending 2+ hours at Grouse Gulch aid station. She refused to drop out with 10 minutes to go, so was timed out officially. So she didn't quit! 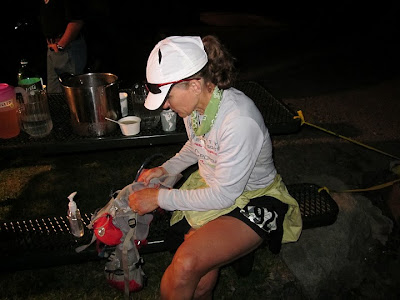 Deb getting herself ready for the night
This is Ouray, about mile 47 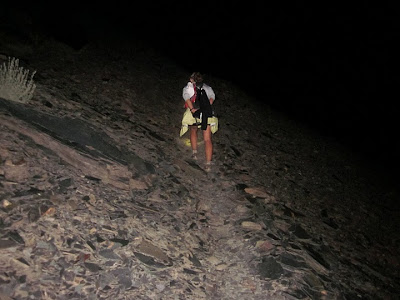 Heading up the Bear Creek trail out of Ouray 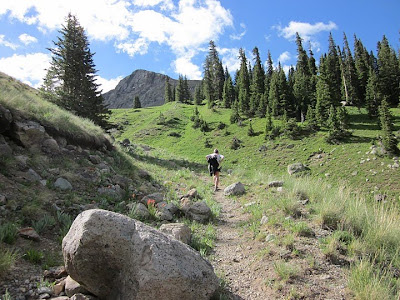 Deb heading up out of Grouse Gulch 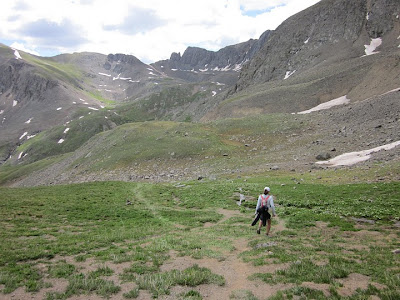 Running down into American Basin 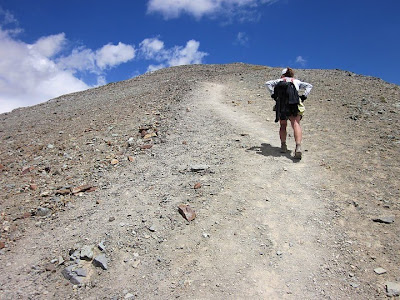 This was the last climb, 14K'er Handies
Deb was here going up the last pitch
The best of the story is she came out of the race this year for the first time thinking that she can finish it again!  Nice thing is we got to spend hours together on some of our favorite trails :-)

So let's hope we both get in next year!!!

To view the rest of my photos I took during the two weeks, which included course marking day by day reports and trail work, go here... http://picasaweb.google.com/ultrastevep


Vermont
The following weekend I was to Pace Bob Dunfey again at the Vermont 100. Bob ran into some trouble early on in the heat and had to drop (along with 45% of the starters!). So while standing in Ten Bear #1 a runner overheard me say that my runner had dropped and he said "I'd LOVE a pacer!". Enter Phil Rice from Fredricksburg, Va. A big brute of a guy, weighing in at 206 pounds and chewing tobacco while running. This ought to be fun! 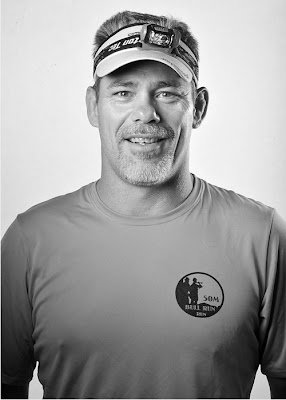 Phil before the race

And it was! Phil was great and once we hooked up, passed people all night long with the original goal of a sub 24....as that slipped away we shot for a sub 25 and settled for pushing it in for a sub 26 in 25:53.
Looking at these splits you can see he moved up through the field all day long. From Ten Bear where I picked him up, he went from 123rd place to finishing in 85th, passing 38 runners during the night.

Vermont is always so much fun and is one of the races I'll miss being at when I finally do move to NM. On that note, we close on the house I showed in the last post on July 31st, Deb moves in without my help on August 4th and after having the granddaughters visit for a couple of weeks, will fly to New England to spend a week with me before we drive down to run the Massannuten Ring, a 72 mile tour of the Massannuten Mountains on most of the same trails as the 100.

Up next, MMD50K in the White Mountains! Then the Bear 100 late September.

Until then, Happy Trails out there!
Steve
Posted by Steve Pero at 8:41 AM 3 comments: