Last Saturday Deb and I traveled up to Colorado Springs for the annual Ponderous Posterior fat ass event, which is usually a 50K, but due to last year's forest fire, got cut short. 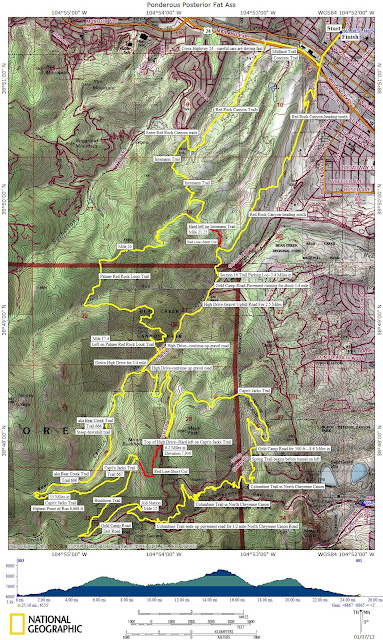 We stayed with Nancy Hobbs and Garry Harrington and had a great 2 evenings visiting with them, eating Nancy's awesome pizza and watching the Lance interviews.

We decided to start at the 7am start, they allowed 7, 8 and 9am start times and we knew, this being our first long run of the year, we'd be one of the last ones coming back to the house. The house is Jon Tiesher's house in Old Colorado City, about a 30 minute drive from N&G's house. 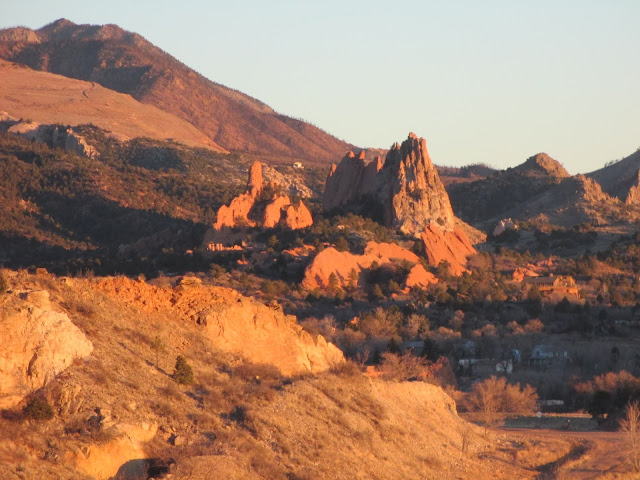 Some of the early views as the sun rose

Deb, Garry and I stayed together all day long, walking the ups and cruising the downs and we all had sore quads the next day (and for several days) after some nice long downhill runs in the snow. 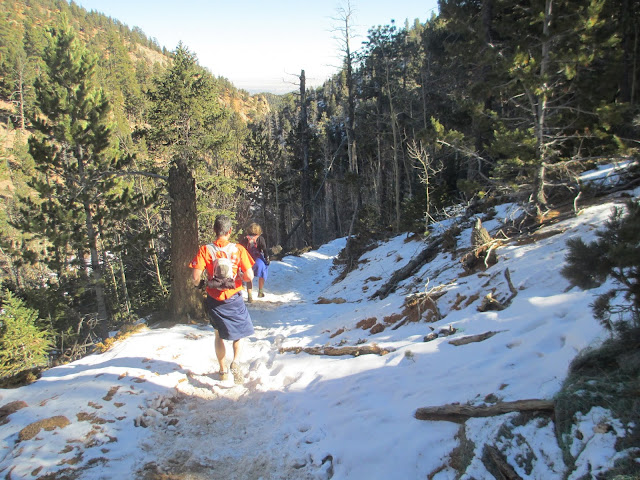 Garry and Deb up ahead of me

The course had plenty of ups and downs and seemed like most of it was up, but isn't that always the case this early in the year? We even had some Ultrarunning celebs at the run! 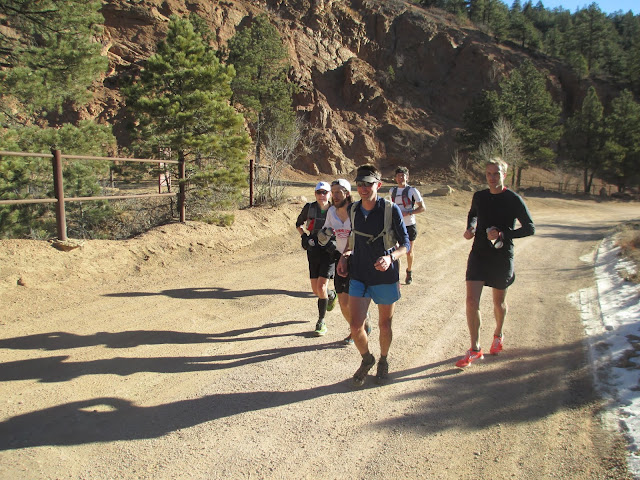 Nick Pedatella (far left), Nick Clark (beard), Scott Jurek (back of the pack)
Also in the pack are Justin Ricks and Dave Philipps

After the run, the day ended around the food table in Jon and Katie's kitchen grazing on several dishes and also several beers. Jon had way more beer there than he needed, so we had to help him ;-)
I brought a 12'er of my own home brew and upon looking high and low, I couldn't find a single bottle. Guess it was a hit ;-) 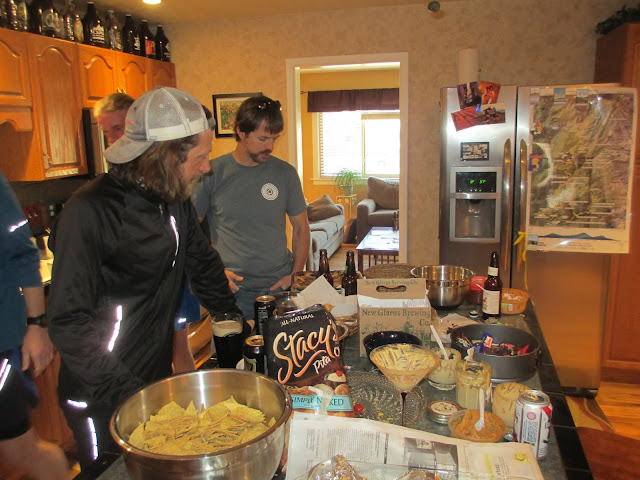 Nick Clark and Rob O'Day stare at the leftovers while putting a few brews away.

To view the rest of the photos and one video, go here

So that's it....our plan leading up to Hardrock is beginning to come together, so far we've decided on:
1. Salida Trail Marathon in early March (have run this the past couple of years and it hurts).
2. Grand Canyon R2R2R in late April (We did this in 2011 and loved it).
3. Quad Rock 50 miler in mid May (Fort Collins, Co.)
4. Jemez 50 mile or 50K in late May (Deb running, me aid station captain of the Last Chance Saloon).
June is training in some 14'ers
5. Hardrock 100 in mid July (Our 10th running of this fantastic run)
6. Speedgoat 50K in late July (Our third time there)
August is recovery
7. Bear 100 in late September (Possibly, we've been talking about it)

So until the next time, Happy Trails!
Steve and Deb