So, my plan this coming year was to not run any 100's, maybe a 50 and a 50K or two, but I was planning on focusing on getting some speed back and going for a sub 3:30 marathon (my best is 2:48, but that was a long, long time ago). Deb had a good year last year, finishing Hardrock and Wasatch at 58 and felt great doing them, so she was all intent on continuing this journey. She was a little sad that I wasn't planning on running a 100, saying "But this is something we do together!". I told her we could still do them together, but now with me as her crew and pacer, as I did at Wasatch. 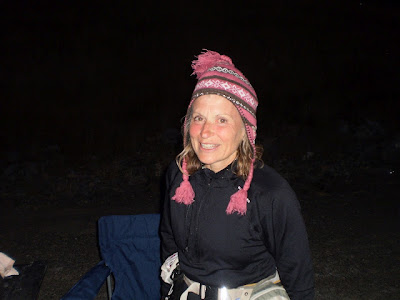 Deb at Lamb's Canyon at Wasatch
She ran, I crewed and paced

Well, as we neared the Hardrock lottery application deadline, I started thinking that I could enter....at least for now it's free to do that... and then I could let the Hardrock BOD make my decision for me. I truly never thought we'd both get in and I was hoping that Deb would if only one of us got in. If She didn't and I did, I'd run it just so She could pace me the whole way and still "do" Hardrock at age 59, although unofficially.

Well, whadaya know! We both got in....and now the decision was thrown back in my lap. It didn't take long for me to realize that I was being given another chance to finish in the reverse/CCW direction. I have 2 finishes in the CW direction and needed this to become a complete Hardrocker, so my decision was a go. 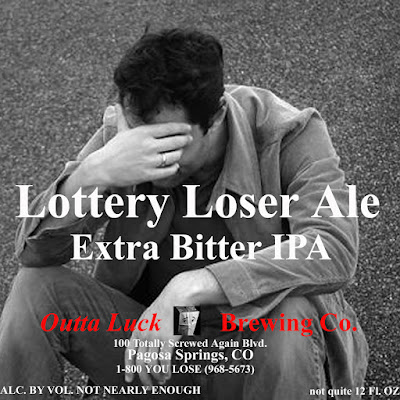 Now my brain thoughts were yet again focusing on mountain trails, rather than road miles so away we go. I now feel completely focused and determined to get through this in what I consider the "harder" direction, especially with the added 3 miles uphill out of Telluride. 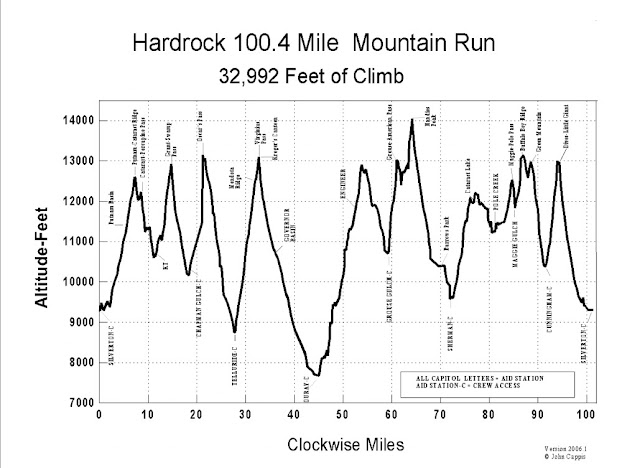 This year we'll be running from right to left, which has more uphill
It says 100, but is really 103

Another decision I've made is to not race much this Spring, like I did last year. I ran two 50 mile races last Spring, one an over 60 age group course record at Collegiate Peaks in April and the other an easy paced one at San Juan Solstice, but which still left me tired. I don't think I was recovered at Hardrock, which was less than three weeks later....I'll not do that this year, we'll go into Hardrock strong and rested after spending many weekends running and hiking in the mountains, no racing. The only possible race would be Zane Gray 50, which we are on the wait list for. We'll also squeak in a Grand Canyon R2R2R sometime late March/early April....but June will be spent in the 14'ers of Colorado, just easy hiking and running downhill.
We may also go up to SJS50 and hang out, do some hiking and take some pictures of the race.

Another change I'm going to make is the addition of hiking poles. I see more Hardrockers using these and after watching a video where I saw Jon Tiesher and a guy behind him going up with sticks, it sold me. Jon was slipping back on his feet in the loose scree, while the runner behind him seemed to climb effortlessly without slipping. You can see that video here. 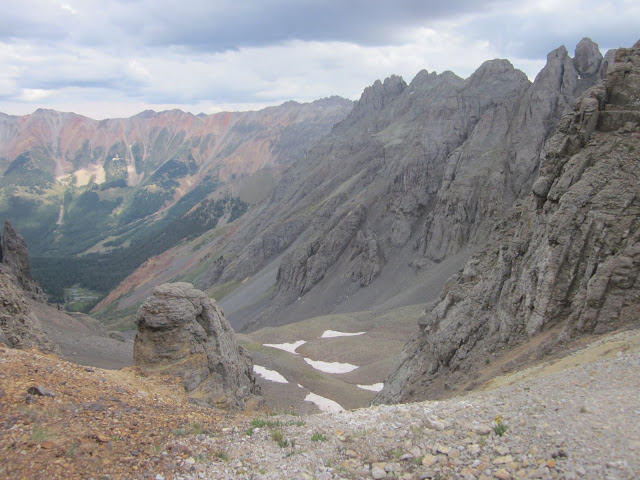 We'll be going down this next Summer
Grant Swamp Pass

So that's it....Deb and I will not do Hardrock together as we did last year. We both feel this just holds one or the other back and best to do out own thing. If we hook up at the Putnam aid station (final one), then all the better. I also haven't decided whether to use a pacer or not. I can, as an over age 60 runner, have a pacer the whole way, but I really don't need one, at least not until Ouray, so if I do decide to use a pacer, it won't be until then. In 2008 I hooked up with Greg Loomis and ran most of the run with him until he ran into some stomach distress after Ouray. I ran alone until I hooked up with David Larson up near Cataract Lake and on into Cunningham. That last section a pacer could have helped me as I kept sitting down to sleep ;-) 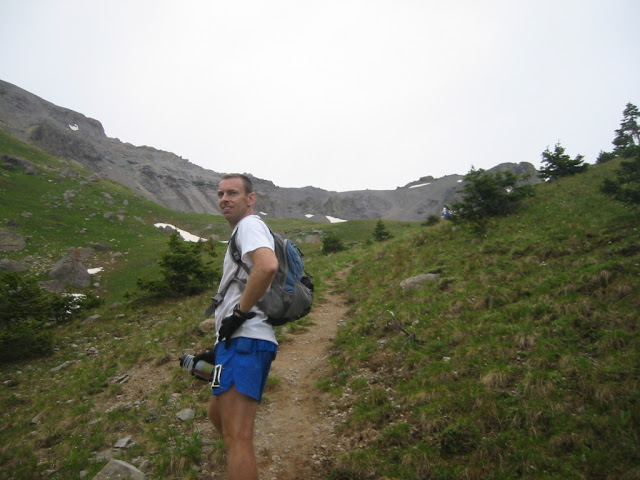 Up next is Jon Tiesher's Ponderous Posterior 50K up around Colorado Springs on Jan 18th, after that will be lots of training (no racing interruptions with their taper and then recovery weeks).
The PP50K is a different route this year after the Waldo forest fire last Summer wiped out Waldo Canyon.

This time of year as we slide into the holidays, we are very relaxed in our training. Last weekend we got a foot of snow and had a nice 3 hour CC Ski fun session, most days we're snow shoeing or hiking. Not much running up at the house in the deeper snow unless you run on the treadmill, as I did this morning. I hope to do more of these early morning sessions on the mill because the difference in training at 8200' at the house and at 5300' in ABQ is immense. I'll do my easy days up North and any tempo/speed runs down in the thick air of ABQ ;-)

On another note our side hobbies are going well. I brew my own beer now and have been for a year. I have a fine selection built up with some Stouts and Porters in stock, along with some Belgian Whites for Deb. In the fermenting bucket now is a strong, hoppy IPA that will be bottled in a couple of weeks, Yumm. I have been using extract kits and hope to move into all grain this coming year.
Deb has taken on several side hobbies, the painting has been put on the side burner for awhile and now she's making baskets using Pine needles. That was after spending the fall canning all sorts of fruit spreads, dried fruit and veggies and also some tasty jerky.

'Til the next time, which probably won't be until Jan 19th....Merry Christmas and Happy New Year!
Steve and Deb
Posted by Steve Pero at 3:46 PM 3 comments: