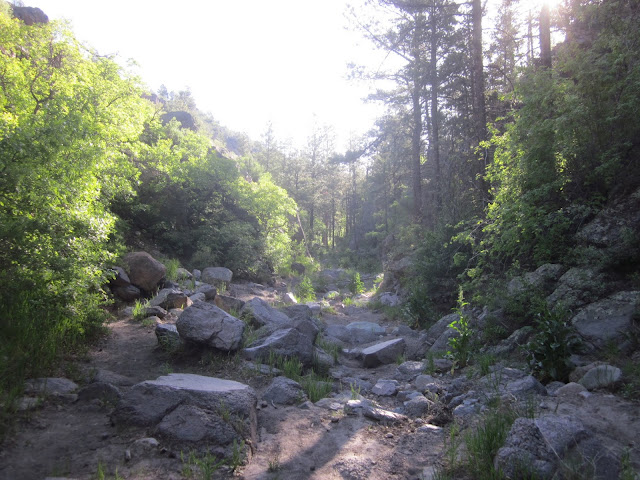 This past Saturday was the annual Jemez Mountain Trails runs, a series of trail runs of a half marathon, a 50K and a 50 mile run through the Jemez Mountains mostly surrounding Los Alamos, but also going a bit further west into the Valles Caldera. A year ago Deb and I took on the captain duties of the final aid station, which comes at 2 miles from the finish. Due to the location and what is beforehand, this is a critical aid station and sometimes feels like a Mash Unit.

The prior aid station is the Guaje Ridge aid station, which is up on the ridge, is at around 9000' and is a long, hot, barren stretch of former burn area of close to 5.5 miles, we're the lowest part of the course at around 7000'.

Most runners are a mess when they arrive here...either because they have run most of the race, yet still have 2 uphill miles to go, or they just didn't drink or eat enough, thinking that the section to us is an easy downhill stretch. Yeah, it's downhill most of the way, but easy it ain't! 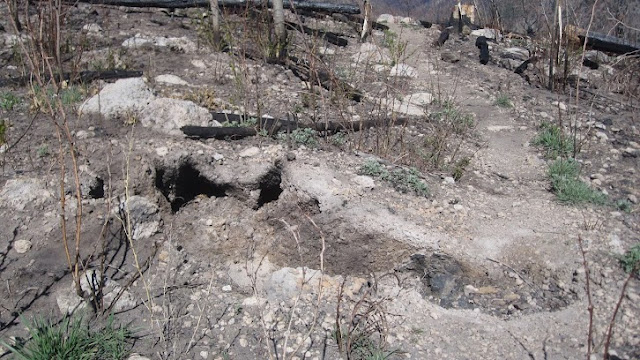 Typical of what the section to Rendija looks like
Hot, exposed old burn section

It was Deb's idea to name this the Last Chance Saloon, going with a western theme and serving several types of ice cold beer and something else. Last year's something else was Jim Beam whiskey, this year it was Jose Cuervo tequila especial. 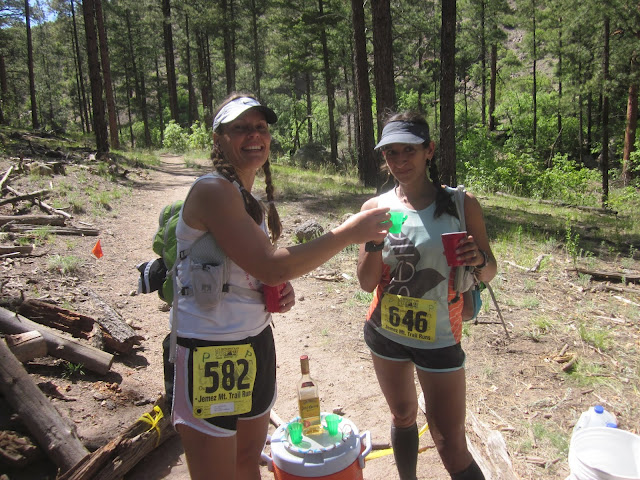 Some brave runners enjoying the Tequila

For the beer, rather than buying random beers like last year, I went with Tecate', which when cold, refreshes and fits in the Western theme. Because JT from Colorado Springs was running, I also bought some PBR, which was mostly for the CS runners, but was enjoyed by many others. I'm thinking for next year to brew my own (I home brew) Corona style, which I can brew for a lot less than any beer I can buy and maybe even have some sasparilla!
The race committee does not provide the beer, this is my own doing and I pay for it all, including the Tequila. No one says I can't do it and I like to keep my runners happy, which I did. There were many takers of both! 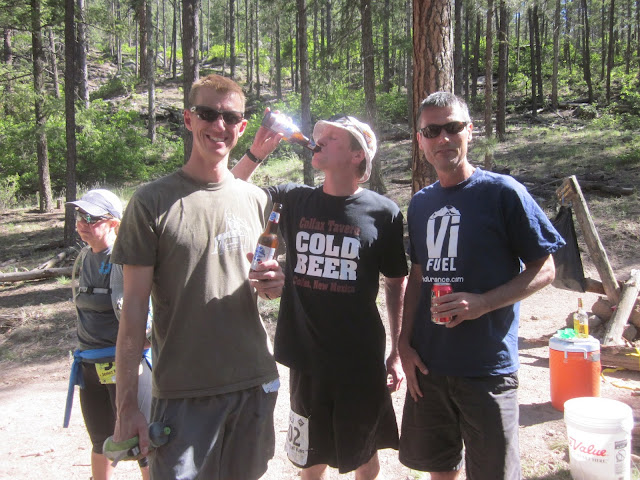 The other huge item is ice....I like to have lots of ice for the runners as most of the runners come through during the hottest part of the day. When we mentioned "Would you like ice in your bottle?" The return was "You have ice?" followed by a huge smile. I like to think we helped get the runners to the finish in a good mood. We also had no drops, we had several close calls, but everyone eventually got up and walked or ran up the hill and got their piece of pottery. 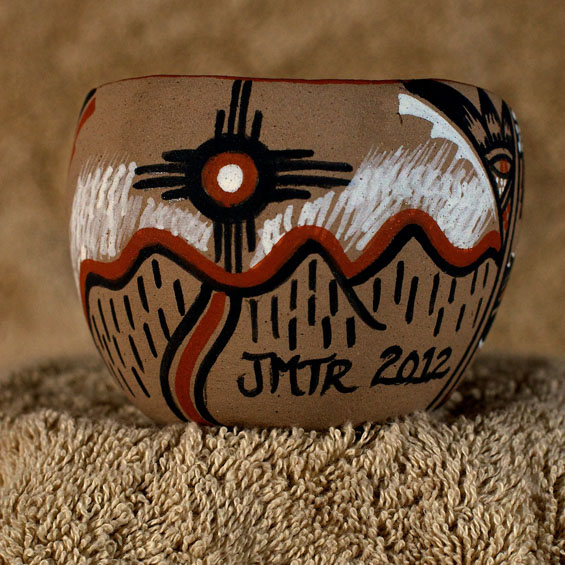 Finisher's awards
Jemez pottery made by the Toya family

The following is a series of photos I took during the day....it was busy, so I didn't get many. You can see all of my photos here. 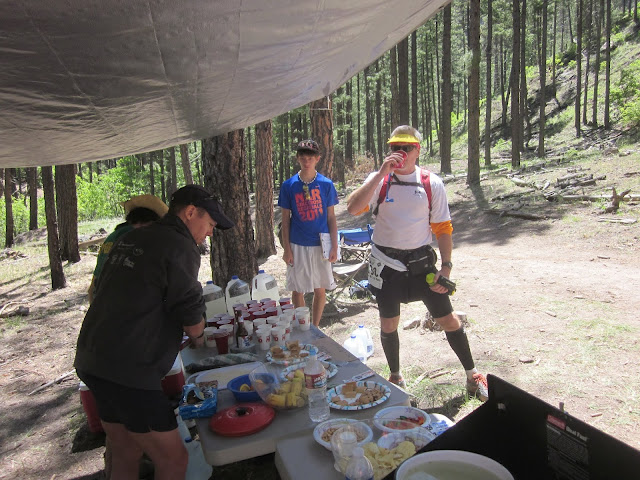 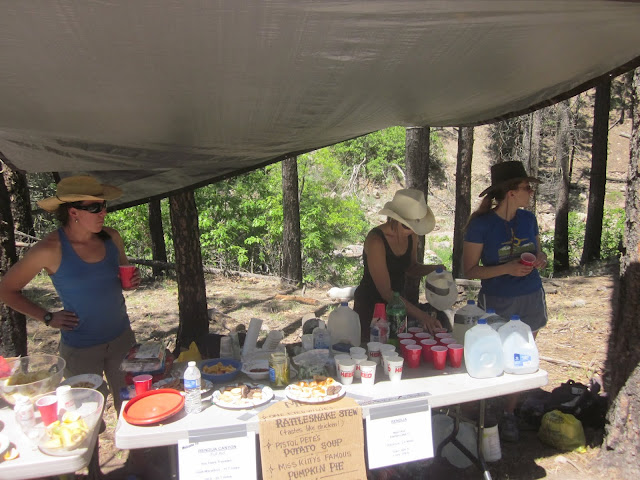 MK, Emily and Jaquie "cowgirl" the tables
Notice the menu 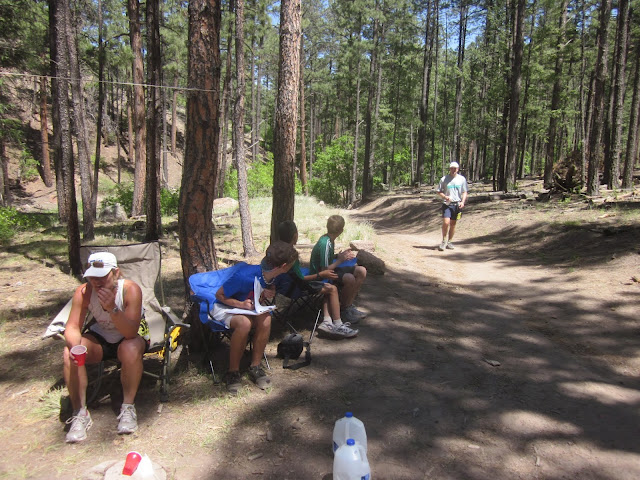 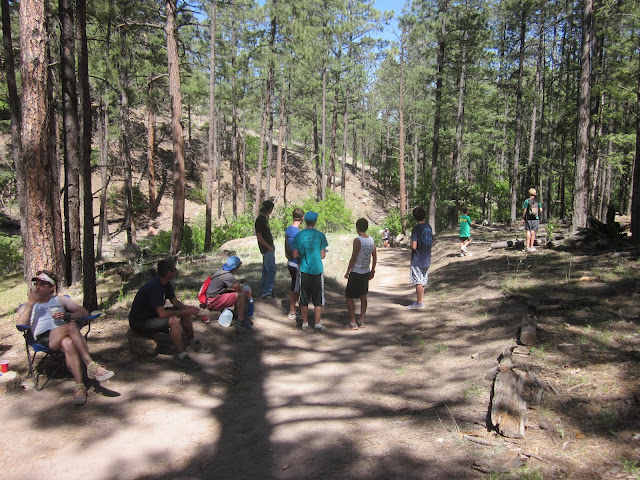 Here they are waiting for coach Blake Wood 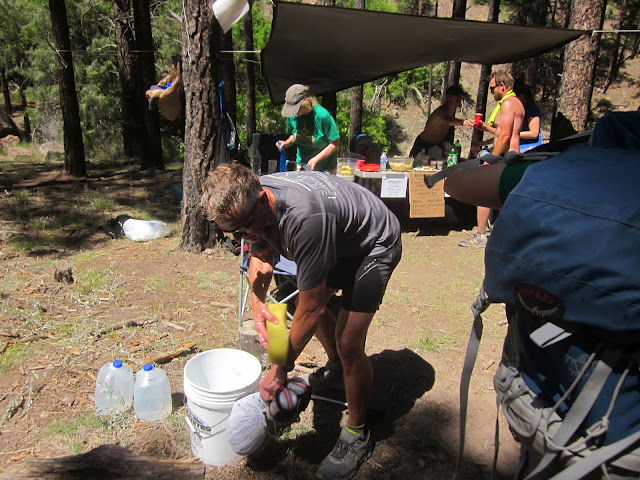 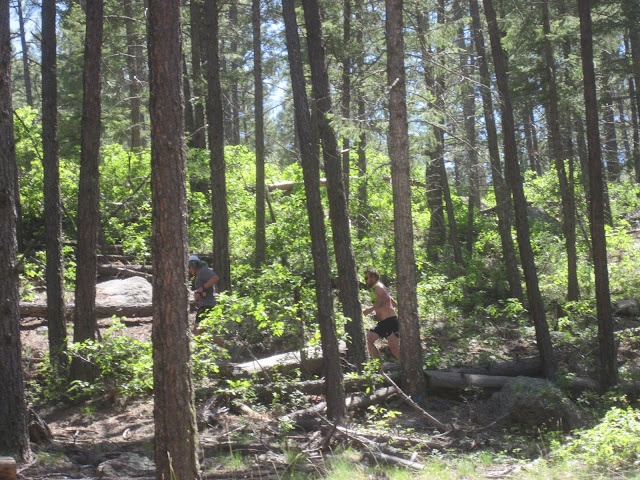 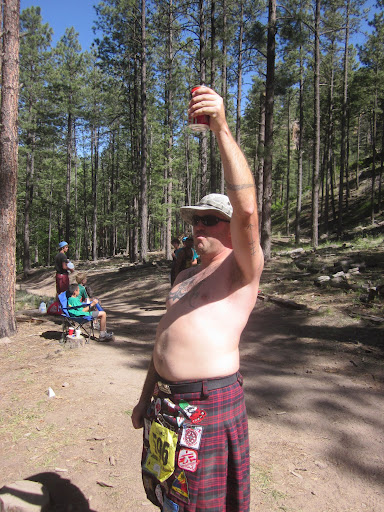 The later in the day we got, the more fun it gets
This guy took a can of beer, raised it into the air and sang a toast to us 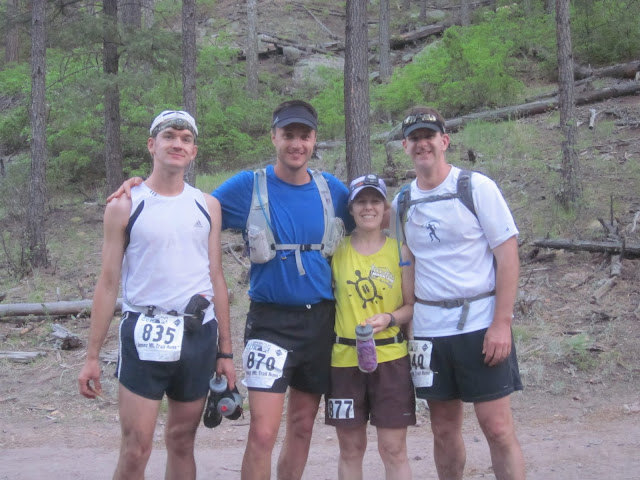 So that's it....another Last Chance Saloon come and gone, before you know it, I'll be getting ready for next year!

Hope everyone had a good run and especially enjoyed the LCS, where we aim to please!

See you on the trails, which for me and Deb is the San Juan Solstice 50 miler in later June...then the Hardrock 100 in July.
Steve

One last photo, which is of Deb running the 50K race... 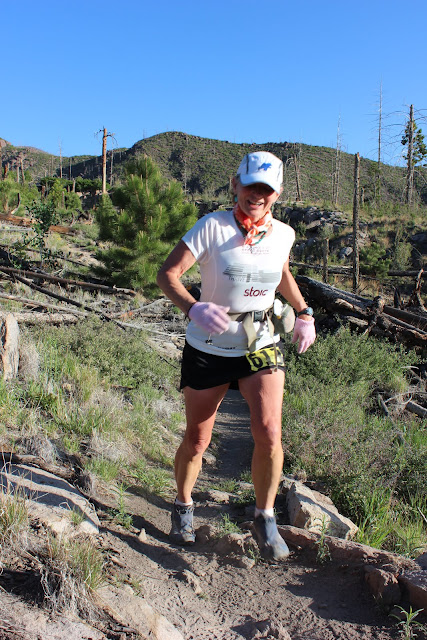 Deb had a good run and is on pace to have a good summer
She ran 1.5 hours faster than expected and felt great doing it